Tim was born in March 1951 in Fort Resolution, Canada.
He is of the Dene Nation and his First Nation name is Wambli Inshnela (Lone Eagle)
given to him by the Lakota people.
Tim grew up in Yellowknife, Northwest Territories, Canada.
Tim teaches people to help themselves and to discover joy, happiness and appreciation for all life.
His teachings remind us of the sacredness of Mother Earth. She is our true mother
and her love for her people is unconditional.

Tim has dedicated most of his adult life to traditional ceremonies, enriched with the wisdom of his ancestors.  He honours  Mother Earth who gives us everything we need to sustain life on this beautiful blue planet. He teaches us about long-forgotten values to lead us towards harmony with the entire Creation. 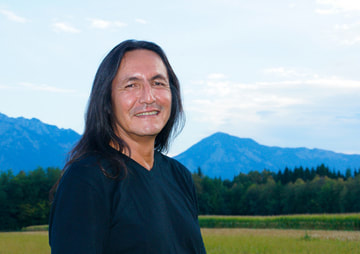 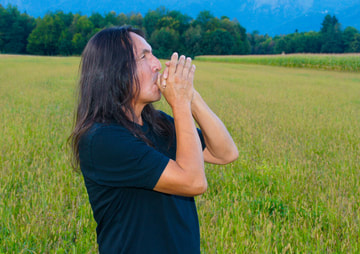 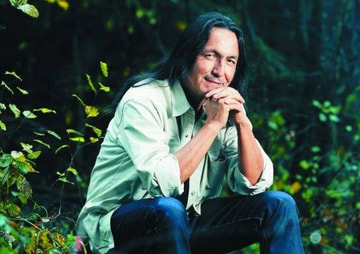 Tim was first brought to South Africa to hold Purification Ceremonies back in 1994 in Rustlers Valley.  At the time he was working with Nditembile (Percy) and sought permission from sangomas to work with the people of this land.  After a break in 1997/8 he was called back to Mama Africa and in 2000 introduced to Baba Credo Mutwa, who gave his blessing to Tim’s work and gave him the name Ingwe (Leopard) to practice with.
​After several venues over the years the Sweat Lodge eventually found a home at Simonskloof Mountain Retreat in the Western Cape, South Africa.

Tim has been holding ceremonies in Slovenia since 1995.
Tim says that nature in Slovenia is still very much intact and ”alive”.
Slovenia is the home of the annual July/August Earth Dance ceremony.
For more info visit [http://zemlja-mati.si/wp_stran/tim-sikyea/?lang=en]